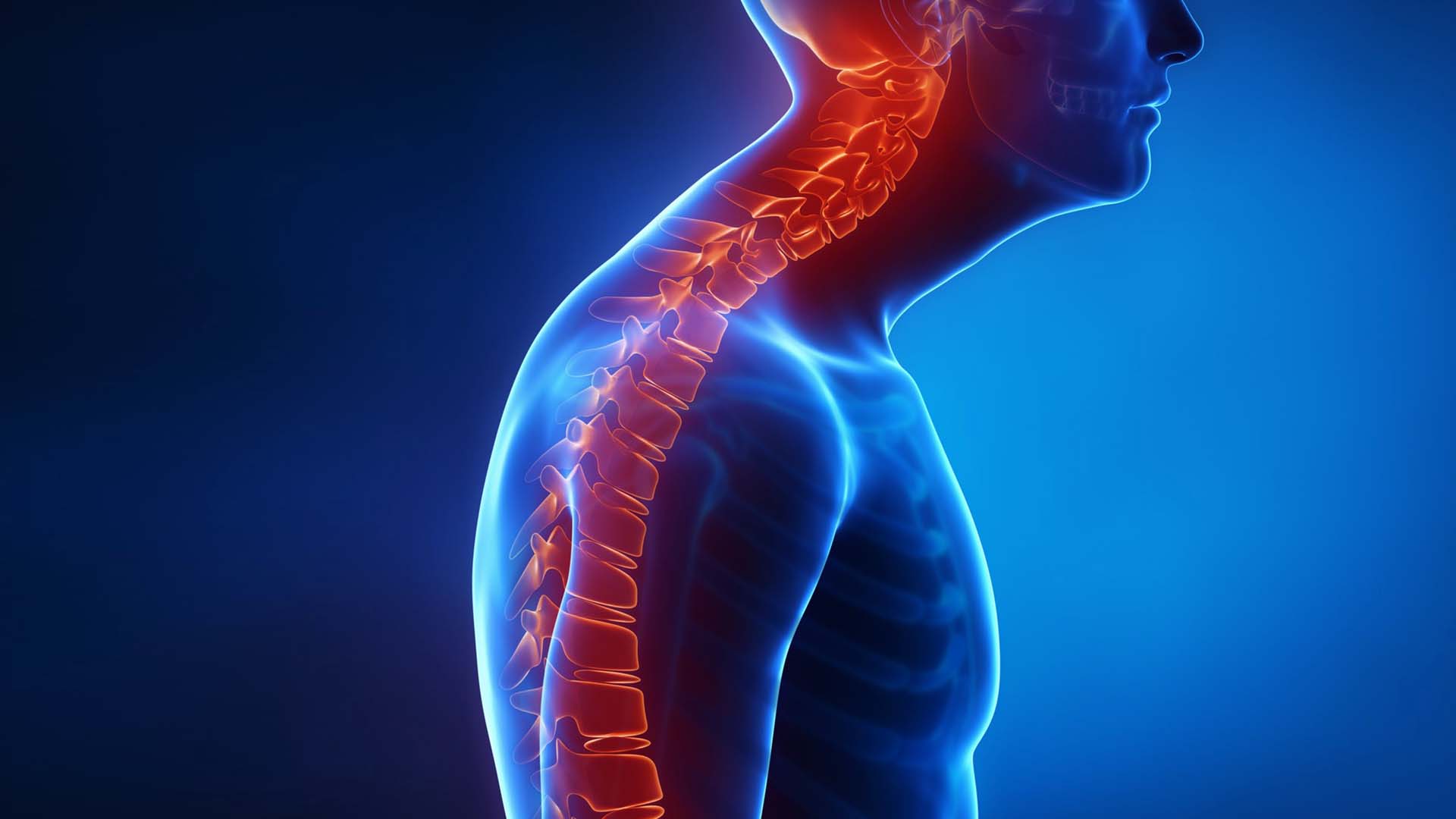 Kyphosis is a condition in which the backbone is inclined to forward. Normally, the kyphosis angle is between 20 and 55 degrees. One of the most important causes of the hunchback complaint is postural kyphosis. Although, in most cases the patient may stand upright on demand or once warned. As for the cases of congenital kyphosis, the condition occurs during embryotic phase. The working environments for the individuals with kyphosis must be arranged in an ergonomic manner. Also, those individuals must be encouraged to exercise. However, if the curvature is more than 70 degrees,

kyphosis surgery option may be discussed. Individuals with kyphosis may suffer from posture disorders such as stoop shoulders, round-like appearance, or bended neck. Since the patient’s body weight is not distributed evenly, they struggle with balancing. As the speed of blood pumping changes constantly, the patient become vulnerable to lung diseases too. If the curvature in the back is greater than 40 degrees, the patient must exercise routinely. If the curvature is between 60 – 70 degrees, the patient must get physiotherapy. But, as mentioned before, if the curvature is greater than 70% surgical intervention should be considered as a necessary treatment option.

How to Perform a Kyphosis Surgery?

Kyphosis surgery is an extremely difficult operation. Nevertheless, it is necessary as much as it is difficult. With this operation, the curvature on the vertebra is re-adjusted. Each vertebra between nape and tail end is permanently mounted to one another. However, in younger children, a different method is usually preferred. During the operation, two independent bars are situated to hold the vertebrae and ensure that they are intertwined with one another. As the child continues to develop, the bars will be extended too. With this operation, it is possible to prevent potential lung and heart diseases. Also, by ensuring that the body weight is more evenly distributed, the musculoskeletal problems will have been solved. Kyphosis surgery is a long operation that is performed under general anesthesia conditions. For the first 24 hours post-surgery, the patients are admitted into intensive care unit. Depending on the recovery status, the patients are discharged at the end of the 5th day, on average.

Approximately 8 weeks after the operation the patients may achieve full recovery. 3 weeks later the kyphosis surgery the children may go back to school. However, it may take 12 weeks for an adult patient to go back to his/her desk job. For patients engaged in manual labor, it may take approximately one year to fully recover and go back to work.

What Risks Are Associated with the Kyphosis Surgery?

Since it is performed on the vertebrae, kyphosis surgery poses slightly more risk than other surgeries. Suffering a partial stroke or being unable to control any limb is indeed among the potential problems that the patients may experience due to a fault on the doctor’s part. Another risk is that the possibility of suffering an infection and high temperature. Also, second operation may be deemed necessary following the first operation. For the purpose of scoliosis and kyphosis surgeries, navigation technologies are used by our clinic.

A General Perspective on the Lumbar Disk Hernia Treatment